Over the last year, the Thai street photography scene has been dominated by one man; Tavepong Pratoomwong. Besides being really clever with his compositions and somehow seemingly invisible—he has the cutest daughter you’ve ever seen. Certified.

Recently TP received the high honor of the EyeEM award for Street Photographer of the Year 2014 and won 1st place at the Miami Street Festival. Besides all that, he’s just a cool dude that I really wanted to ask some absurd questions. Being mannerly, he obliged. 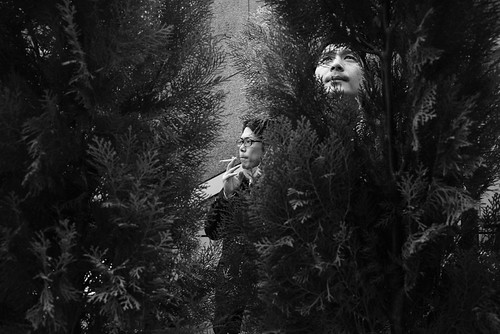 CB: How long did you have to wait by the Indian guy for the monkeys to start screwing?

TP: Right place, right time. I walked past everyday for about a week, and actually wanted a photo of the baba. The monkeys caught my eye, and with a wink started screwing. What a coincidence.

CB: Monkey screwing is not a common theme in your work, but I guess the photographer’s duty is as much to find the best image within a common set as it is to take a beautiful photo.

CB: OK. Next question, what camera would you be most likely to give up a testicle for? And none of this silly reattachment game, once it’s off—it’s off.

TP: Hmmm. It would have to be a Leica M 36 megapixel with no lag EVF (better than A7s), ISO like A7 with high res back screen that’s flippable like the 70D, with a body size of the M6 and the color output from the M9. Add to that wifi and GPS… oh and the shutter sound of the MP with optional silent shutter.

CB: You’ve already got a cute daughter, what good are balls anyway? 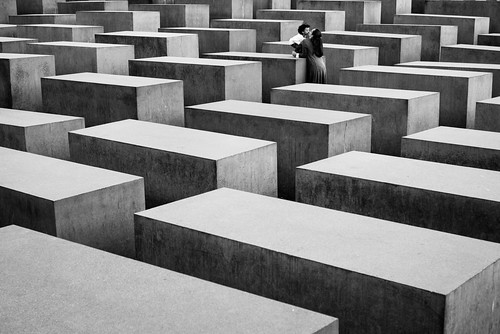 CB: Next question, does anyone ever mistake you for a ladyboy when you put your hair up in a bun?

TP: Ah, you have caught on to my trick. When I wear it that way in Thailand, people naturally assume I am Japanese and allow me to take photos without any question. But for my trip to India, somebody thought I was a ladyboy until I showed him my daughter’s picture.

CB: 2014 was a really good year for you, what’s the best advice you could give or reason for your success?

TP: Yes, 2014 was a great year for me. I think it’s because I did a ‘365 days project’, I was determined to shoot every day. The more you shoot, the more of a chance to take a great photo, and a better opportunity to learn. For 2015, I still want to shoot every day, but to be a bit more relaxed about it and concentrate on a series than one individual photo.

CB: Thanks for your time Tavepong, do you have any events upcoming? A website you’d like to mention?

TP: I am currently working on my own website, and I really enjoy Flickr—it’s been great meeting the other street photographers all over the world. My flickr is (link) As for events, I’ll be joining a group exhibition with SPT (Street Photographers Thailand) mid year, and working on my own solo exhibit “Good Day. Bad Day. But Every Day” but it’s still in the early stages.