As a follow up to my last blog post I recently had the pleasure of interviewing Gary Gumanow. I asked him some questions about using flash and handling confrontation on the streets while shooting.  Gary first picked up a camera at the age of eight and has been shooting ever since. A native New Yorker from […]

As a follow up to my last blog post I recently had the pleasure of interviewing Gary Gumanow. I asked him some questions about using flash and handling confrontation on the streets while shooting. 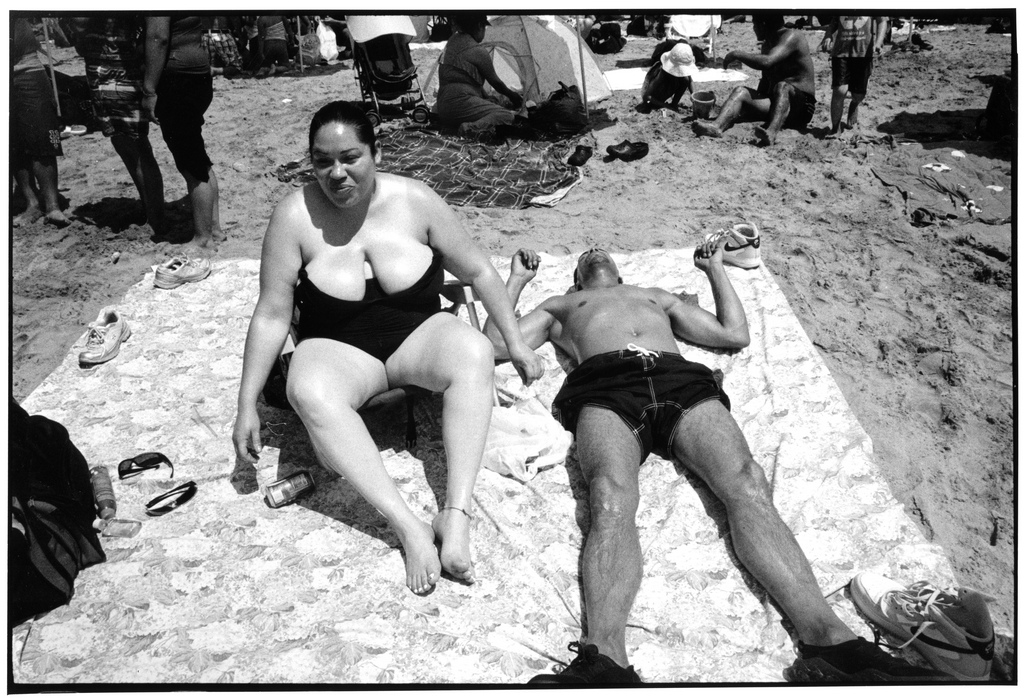 Gary first picked up a camera at the age of eight and has been shooting ever since. A native New Yorker from Brooklyn, he now resides in Houston, Texas. He shoots mainly with film and prints all of his own work in his darkroom, and is happy to share his knowledge with people that are looking to get started with film and printing. So, not only a great photographer he’s a really nice guy as well!

What focal length do you use for street photography and how close to your subject would you say you usually get?

Gumanow: I usually shoot with a 28mm most of the time and typically shoot between 4 and 10 feet. But it really depends on where I’m shooting and how many people are around. If I know I’m going to be in a place where there aren’t too many people I might shoot my 35mm, but it depends. For tight shots on some corners in NYC I might pull out my 21mm.

Do you use flash on the street?

Gumanow: Yeah, and it’s a blast! Literally! I’ve lived in Houston and Austin and it is so hot and humid. People don’t come out during the day so you have to go out at night.
So, yeah, I use flash at night in order to have some fun shooting people.

A few years back during the SXSW Music Festival, I was just learning to shoot flash on the street and thought it would be fun and interesting to find sparkly things to bounce the flash off. I spotted a young woman wearing sequined hot pants. I approached from the front, got down low in front of her, and just as I pressed the shutter she lifted her top to reveal a sequined bra! I could not believe my luck. I didn’t say anything to her before or after the shot. She just kept walking on by. 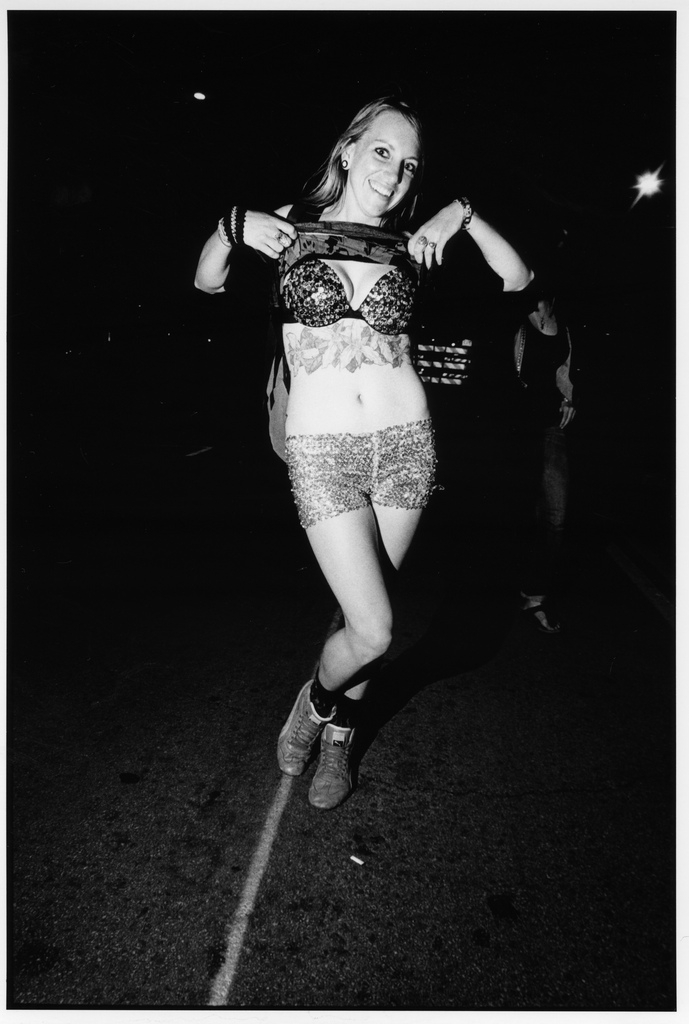 Garry Winogrand gave a lecture at MIT in 1974 where one of the students asked him if there ever was a time that he lost control and couldn’t shoot. Well when this woman went to lift her top like this, I thought I might have one of those moments!

Do you get questioned or confronted a lot when you shoot on the streets?

Gumanow: You’ve got to develop some strategies for deflecting people from asking questions. Every situation is different. You learn how to read people. You’ve got to or you’d get in trouble all the time.

Yeah, I’ve been told off, but it usually happens if I’m getting “greedy” with a scene. Maybe I shot one too many, if I keep pushing it, and that’s usually when I get into it. We’ve all “Worked the shot!” which really means keep shooting a scene as it is unfolding until you can’t any longer, which usually means until you get spotted. I’m not talking about the creepy guy with a telephoto lens from across the street. I’m talking within four feet of someone. 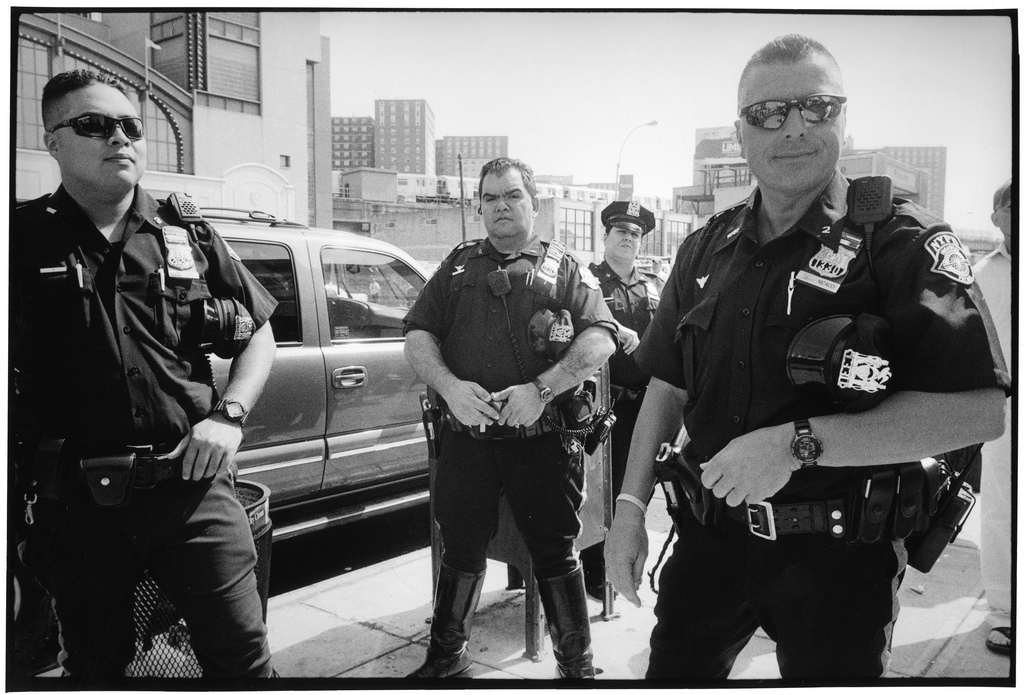 What approach do you have?

Gumanow: When I first started out I thought I could sneak around, but let’s face facts. The light reflects off my bald head, I’m fat, wear black rimmed glasses, and I’m middle aged. I get noticed. If I were to sneak around, on top of everything else I’d be that creepy guy. I’m not invisible.

I’m a shoot from the viewfinder, no bullshit shooter. My own theory on this? If I don’t have the guts to take the photo from the viewfinder then I don’t have any right to take the photo in the first place. My attitude is something like, “I’m taking this picture.” Have I missed shots because of this approach… sure. Does putting the camera up to my eye and being seen change the photo? Sometimes; but sometimes if I’m quick enough I can get that split second between when they notice me and just before they compose themselves. 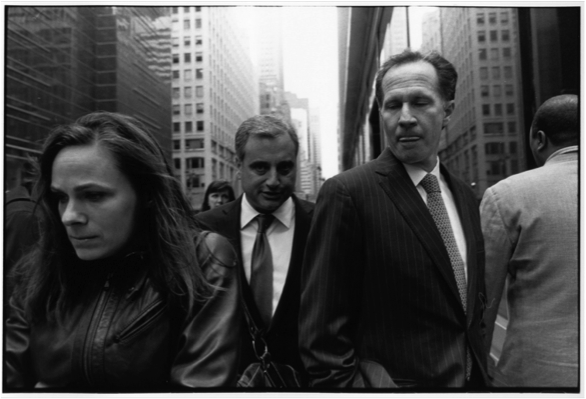 I like eye contact with my subject on the street. It can sometimes connect you to the scene; you were there too! It depends on what the photo looks like after I develop it. Sometimes it works, most times it doesn’t.

Jumping at them? I’ve seen a video of a guy that did this. I guess it produces a result that might be interesting. I’m not into it though.

Another tactic I sometimes use is if I feel that someone is about to get into with me is to go straight toward them before they have a chance to mouth-off. People are so much tougher from a distance. This does three things. It shows them that I’m not hiding from them, I’m not going to cower to them, and that I did nothing wrong.

I think shooting street photography requires me to be with people in a very special way. Before I start shooting, I usually take a few minutes to connect with people, you know… look them in the eye. It’s sort of a preparation. I studied a little improv theater, and there are these exercises you do to prepare. You could say street photography is an improv session. You never know what you are going to get from people. What will they say? What will you do? Every situation is different.

I tried shooting from the hip and all of my pictures looked wonky, off balance, like crap. I know there are people that do it really well. Some friends of mine, Joe Wigfall and Clay Benskin are masters at it.

What do you have for explanation to them who asks you about what you are doing?
(I find it hard to explain street photography when I am confronted, sometimes say it’s for a book about the city etc.)

Yeah, I’ve tried to explain street photography too. That never works. Plus there are so many definitions and no one has really pinpointed it down. Sounds academic when you actually try to tell people that don’t really want to hear about it.

This one time someone asked me if I took their photo. I said in a very Woody Allen kind of way, “Of course, and I’m going to sell it for a lot of money.” You’ve got to try to bring levity to the situation and show them that you’re a person. I’m not going to lie about it. People know if you took their photo. 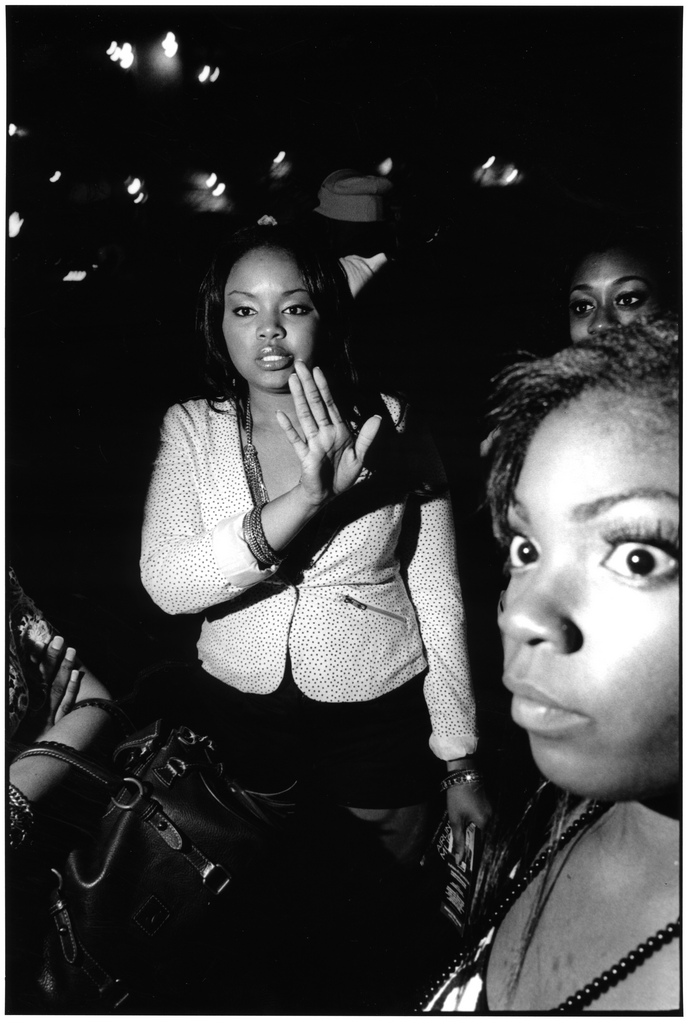 I was shooting a parade in Houston without any press credentials, and because I looked like I belonged there, the cops actually protected me. I stood in the middle of the street and let the marching bands pass me on both sides. I was literally right in the middle of the band as they were marching! Never did anyone ask to see a press pass or anything. People on the sidelines I was shooting asked if they were going to be in the newspaper. I told them “I hope so.” Who was I to let them down? Maybe they would be? I didn’t know.

There are a lot of games to play. These are just some examples. Like I said, every situation is different, and this aspect makes it so much more fun. It puts you in life!

So many people talk about “It’s all about the image, the final product!” I don’t subscribe to this. I think the journey, the fun of being out on the street, is just as important as getting a great shot. If I’m not having fun, I should go do something else. I don’t have any pressures to publish a book or become famous. I’m just out having a great time and hopefully making some interesting photos along the way. 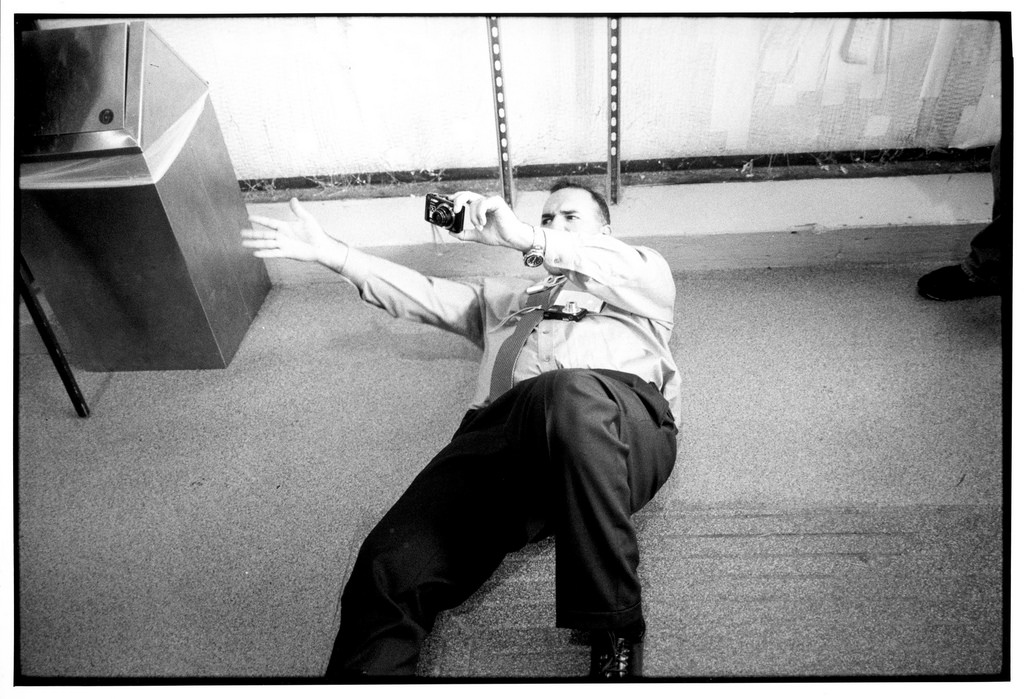 If you are shooting in a foreign country with a different languish, how do you deal with the matter of confrontation/questioning?

Gumanow: I was recently in Barcelona and I got confronted by someone that was really upset with me taking photos. He got right in my face and started taking photos of me with his iPhone. I just let him do his thing and he was on his way.

That same night I was shooting with flash and got right in front of three guys sitting on a wall. I got one shot off, as is typical with flash. One of them ran over to me and stopped me down the street. He asked me what I was doing. I told him, “You guys looked so exhausted sitting on that wall. I had to get your picture.” We exchanged email addresses and I sent him a print.

Do you have any particular story you want to share?

I was in Mexico City a few years ago with my wife, Julie, and my daughter, Gnora. We were walking around the city and I was shooting as we went along. Gnora was getting restless and upset with me. You see she speaks Spanish fluently and could understand what people were saying about me without me knowing. She was pretty adamant about getting out of there. At first I told her it was nothing but she insisted. I put my camera away for a few hours. Figured it was better to make sure we were safe than to get another shot. 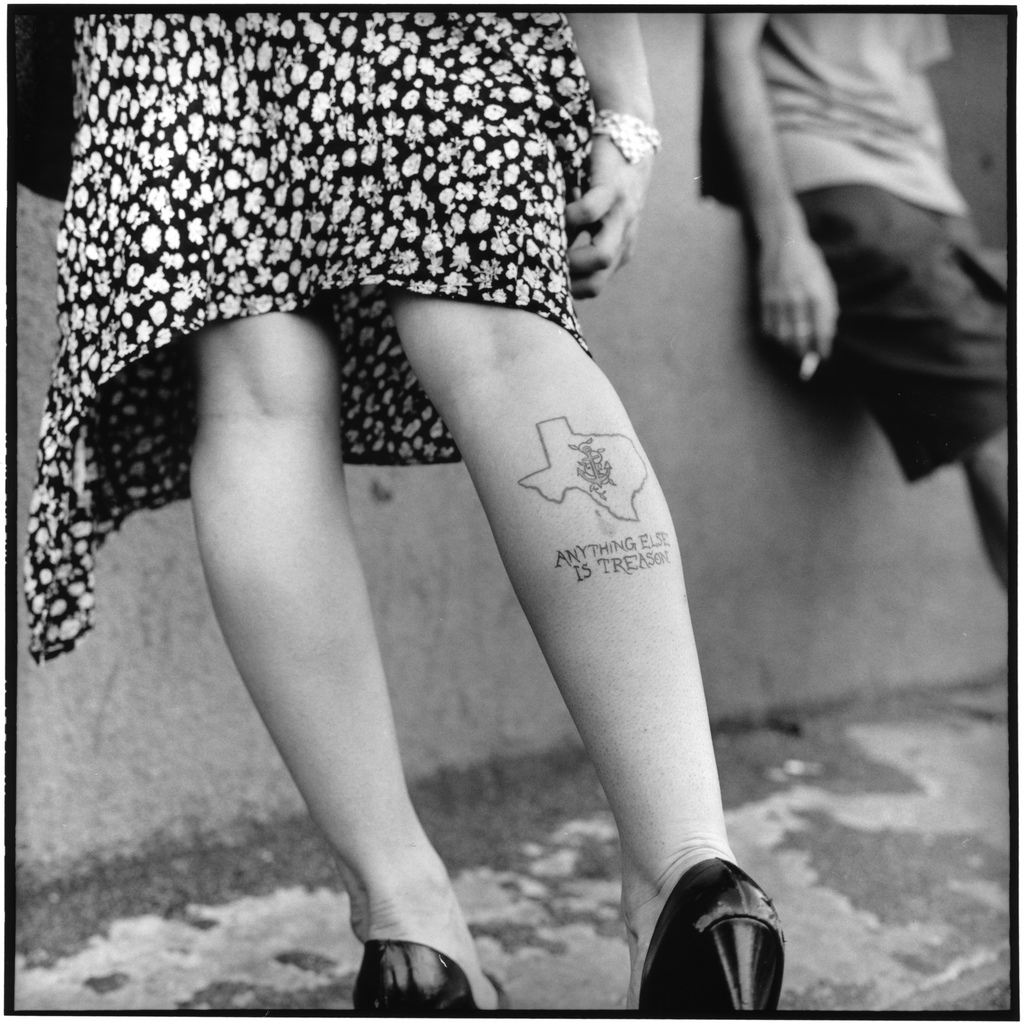 I’ve met really great people through photography, both in front of my lens and through the community of people that are passionate about photography. When I was growing up it wasn’t so easy to connect with like-minded people. I feel incredibly lucky to have met face-to-face with many in this community, and so many more I’d like to meet in the future.

Thank you Gary for your time and your perception of things. Really nice to to talk to you.

Thanks for taking the time to interview me for your blog. It was fun! 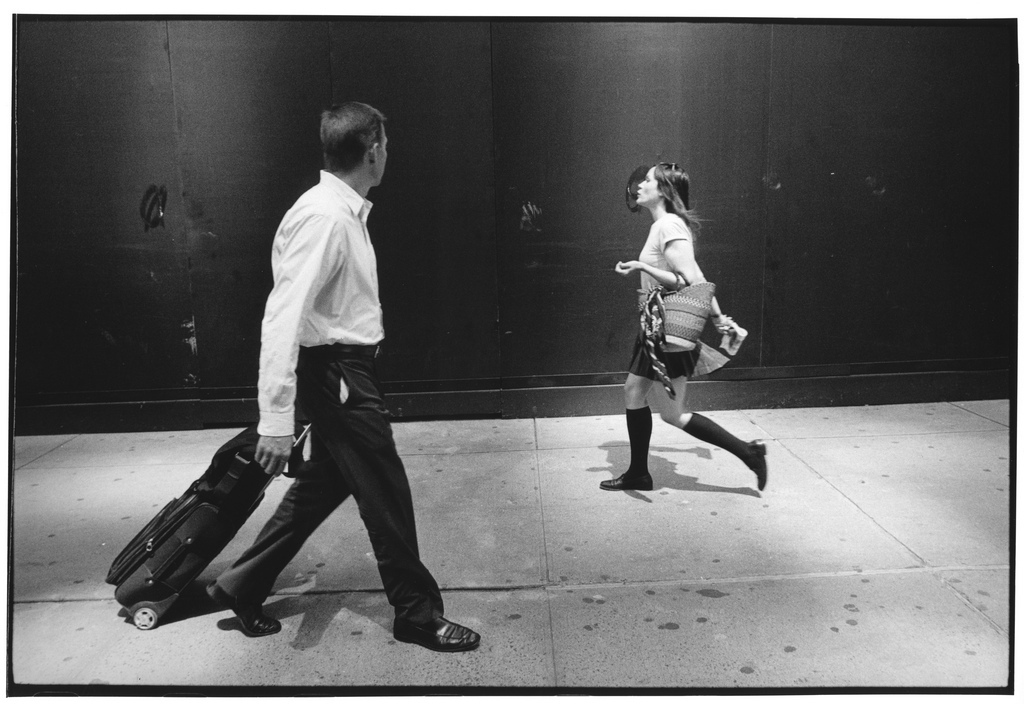 All Pictures in the interview by © Gary Gumanov
To see more of Garys work visit his Flickr page.

Be the first to comment “Interview with Gary Gumanow” Cancel reply